Ellen Herndon Arthur (1837-80) was the wife of Chester A. Arthur, 21st president of the United States, though she never served as first lady because she died of pneumoia before her husband assumed office. In her absence, the president’s sister, Mary Arthur McElroy, acted as White House hostess.

Ellen’s father, William Lewis Herndon, was an accomplished U.S. Navy officer who explored the Amazon River in South America. He was in command of a merchant steamship that was caught in a ferocious storm off North Carolina in 1857, and went down with the ship after overseeing the evacuation of its passengers. Herndon earned a multitude of posthumous honors, and well-wishers sought to make things easier for his widow and only daughter. However, Ellen did not know her father well due to his frequent military assignments, and as such is not believed to have been overtly affected by his death.

This site uses Akismet to reduce spam. Learn how your comment data is processed.

Hunters in the News 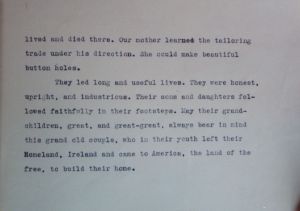